FREE SHIPPING ON UK ORDERS OVER £50

If you haven’t seen the first episode of the new Blue Planet you are in for a treat: Watch it here

There was a lot to marvel at, with bird-eating fish and the dolphin X whale gang, but top of the list was the incredible kobudai fish of Japan.

The male is a pretty strange looking creature with its bulbous head, intense stare and toothy grin, and the fierce battles fought for territory are brutal.  But nothing could really prepare you for the big reveal:  the females turn into males! As I reflected on this, I wondered who found out about this, had the team known all along and sought to document this?  Some further research reveals the truth….

As Jonathan Smith, the producer, explains when they were presented with images of the fish, they asked themselves:

“it is an incredible and unusual fish, but does it do anything?”

Yes it does Jonathan, yes it does.

The story they were searching for was actually about the effects of changes in sea temperature, and it’s this rise which is triggering the brutal battles between males. When they found out that the males were all originally females it added a new twist. 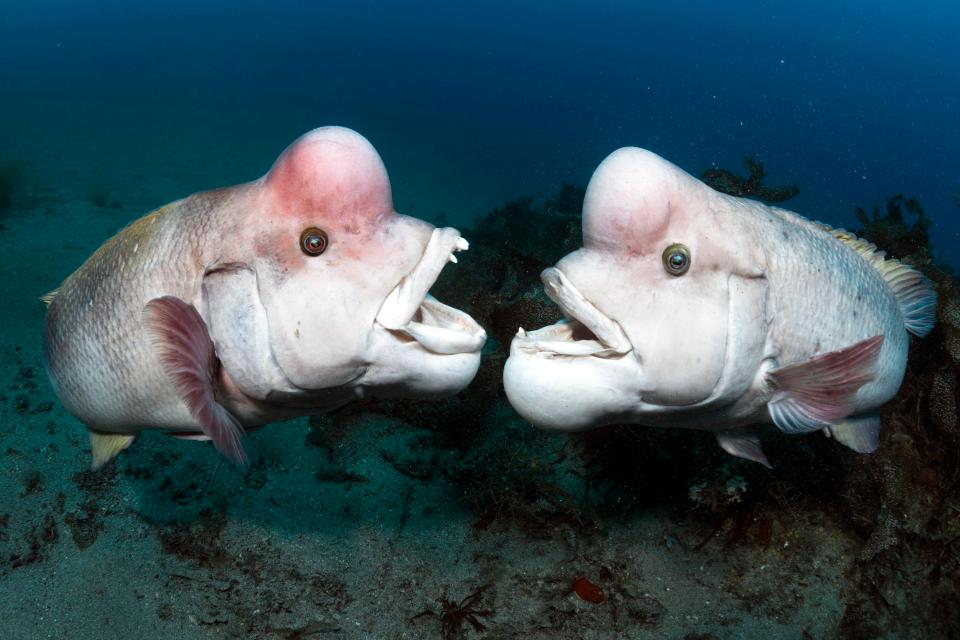 However, not one to be easily shock, Jonathan points out:

“Having studied marine biology it was no surprise to me that kobudai change their sex. After all it is a member of the wrasse family who are well known to exhibit sequential hermaphroditism, meaning that for them sex change at some point in their life is a normal biological process generally to aid reproductive success.”

You can read more about the background and filming challenges here!

For a selection of completely un-fish-related products check out our website:

Around the Home Highlights